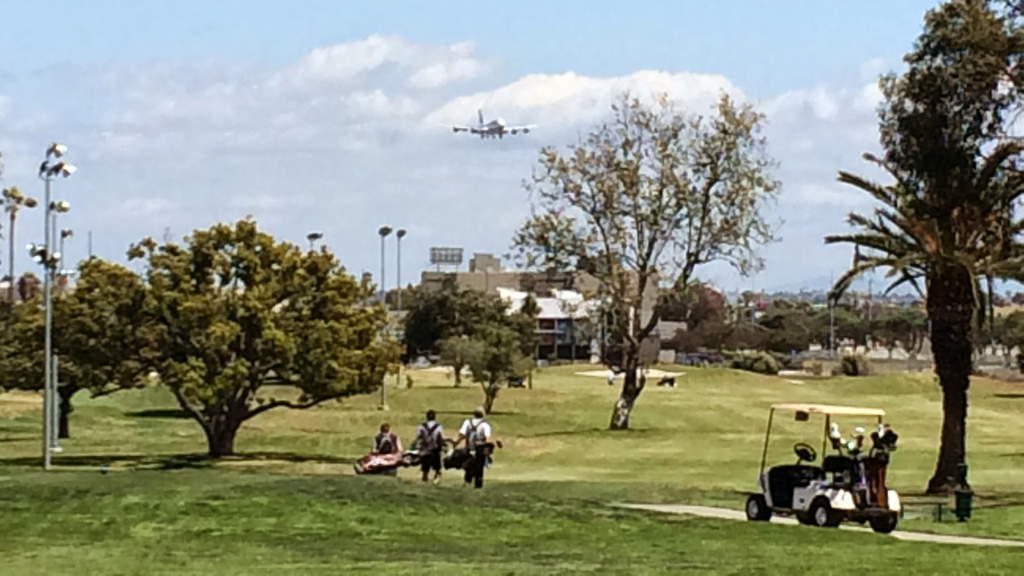 It didn’t always used to be that way. Putting on my myopic, purely anecdotal glasses, when I was playing seriously 15 years ago, I don’t recall the mind-numbing 5.5 hour rounds that I have experienced since coming back to golf a few years ago.

I am not alone in my frustration with the pace of play and thinking a round is much slower nowadays. Yelp reviews of public courses help tell the story. Here are just a smattering of comments picked at random of a few Los Angeles-based courses that I have played:

“But it is the busiest course in America and some players that are not good enough end up playing from the blacks, so it takes a lot longer, 5-6 hour round usually….” (Rancho Park)

“The big downside here is pace of play – they allow 5-somes and it is mostly novice golfers. Plan on 2.5 to 3 hours for 9 holes. If you hit it just right during the weekday you can go around in 1.5, but that is very rare.” (Penmar)

To combat this widespread hatred of glacial rounds, the solution I have come up with is for golf courses to increase the intervals between tee times.

Most golf courses have 8 or 10 minute intervals between groups, but I want to see that stretched to 12 or 15 minutes between groups. This is a huge ask because in addition to the frustrations of the golfers playing the course, the owners and operators of golf courses are in a really tough spot right now.

More golf courses closed than opened for 8+ years in a row.

Just because there are fewer golf courses now doesn’t mean the surviving ones are doing well. According to recent studies, most golf courses are operating at a loss, even with multiple revenue streams like green fees and merchandise are still not resulting in a net positive.

Given this Pit and the Pendulum financial situation, I certainly understand courses sending out foursomes and even fivesomes out in 8 minute intervals (or less!) to try and maximize the amount of golfers they can cram into every buttery nook and cranny of a course on a given weekend. Golf courses would argue that they could mathematically get out 7 groups in an hour with 8 minute intervals versus only 4-5 groups an hour at 12-15 minute intervals.

I hate math and the USGA actually backs up my hypothesis (and perhaps shares in my hatred of math?). The USGA commissioned a study that found that an increase in tee time intervals does not lead to a substantial decrease in the amount of rounds played.

In addition to this, the USGA found that 56% of golfers would be willing to pay a premium to have a faster round. The USGA found a direct correlation between courses had longer intervals between tee times and the price of those courses.

So, if I were to say to a golf course that you could increase your revenue while only having a small decrease in the amount of rounds played, I think most would jump at that model. Of course, this isn’t a solution that most golfers would want as golf is already pretty expensive. Cost has weirdly driven me to play costlier courses because if a better course costs $40 to play on the weekend, I would rather pay more to have a much better course experience.

So where does this leave us? If we want golf to survive and if we want to actually have FUN playing golf (what a novel concept, we should enjoy how we spend out time) then I think we have to dig deep in our wallets and pay a few more bones per week to play to have a lot more enjoyable experience.

Golf courses have to be willing to meet us halfway and give us real value for our money. Make a real effort to increase intervals, take out fivesomes and the better intervals will result in quicker pace of play. After all, Stranger Things isn’t going to watch itself! I have things to do…

*Pete would like to thank Jeremy White for his invaluable contributions and assistance with this article.* 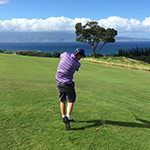