A casual review of popular journals headlines would make you believe that golf is on the back nine, or maybe even on its last hole.

The stated reasons why golf is dying is the lack of time to play 18-holes, elitism, and the game has become too hard. Others blame cost and the death of the middle class.

While the golf industry doesn’t dismiss the current decline, they see the light at the end of the tunnel, as more millennials and youth are  picking up the game.

From my perspective, the golf industry rode the Tiger Woods train past the station. The decline in revenue and course closings are a result of over-eagerness and poor market recognition.

In central New York, high school golf teams are overflowing with athletes trying to make the tournament roster. This never occurred when I was in high school; my school was lucky to have players to fill the match. There are very few golf courses that have closed, tee times on the weekends are required, and during the week most courses have at least one or two charity tournaments scheduled plus daily leagues.

Regionally, the LPGA has added many new tournaments in the past few years, some domestically, but mostly overseas. The PGA Tour purses are still increasing, meaning that the companies that sponsor tournaments see a future in golf.

For those reasons I don’t think golf isn’t dying, it will always be around for those that want to play it.

However, the game is different from when I started playing forty-plus years ago: the equipment, rules, etiquette, clothing, course layouts and designs have changed.

Golf isn’t dying, it’s evolving, just like every other sport has through the decades.

How sports have changed became apparent to me when I was driving my 89-year-old father to buy new golf clubs. We were making the drive to a club fitter a couple hours away.

Yes, I did say my 89-yr old father was getting fit for new clubs.

On the way to the club fitter, we passed through small farm towns that have all but disappeared since my father played baseball in the late 1930’s and 1940’s.

Baseball was thriving in the US in the 1940’s, every crossroad in central New York had a town baseball team.

Town teams were not Little League teams, the players were in their late teens and early twenties.

Weekends in the summer were spent traveling to nearby towns to play baseball. The competition was fierce and far from friendly, high slides with iron cleats, and beanballs were not uncommon.

Those fields are now vacant and not even recognizable as ball fields.

Now, local baseball fields are conglomerates of diamonds and relegated to Little League games where the kids wear rubber cleats, and participation trophies are given to all players regardless of how well they played.

The game has changed to the point that college pitchers are no longer allowed to hit, aggressive play is discouraged, and players no longer can police the game themselves such as throwing bean balls at players that broke one of the unspoken etiquette rules.

The crack of the bat is now the ping of aluminum alloys.

The kids playing now don’t know any different; it is baseball to them. To my father, it is not the baseball he once loved, but a watered down version of what he used to play. I’m not saying this is good or bad, only different.

If you think about it, not only has baseball changed, but so has hockey, football, and basketball.

Golf is No Different

The ever changing economy and cost of living has put a damper on extra-curricular activities of the working class.

I’ve had to reduce the number of hobbies and activities that I used to do because the cost of living has increased more than my income. I chose golf over the other activities, but others I’m sure have given up golf because of the cost.

Improvements in golf equipment have forced many golf courses to be redesigned to keep the same level of difficulty. 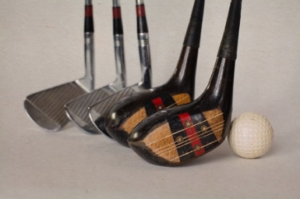 I started playing golf when drivers and fairway woods were, well, made of wood. Golf balls would be bruised, cut, and damaged after one shot and curve like a poorly made paper airplane.

The rules of golf have been modified because today’s players can’t deal with some of the idiosyncrasies of the old rules.

I’m not saying changes the rules are wrong. Golf has many rules that are in a word, stupid. I’m sure people had issues with the rules since they were first written down in 1744.

The good news is it appears that the governing bodies of golf are flexible and are willing to listen to reason and change the rules when the public outcry is loud enough to be heard. Nonetheless, these are all changes that have come about due to public pressure to hit the ball farther, straighter, and make it less hard.

There are bigger questions, though.

Here is where the crux of the matter lies.

In the past couple of years, I have had some dealings with Board of Directors & course owners.

Let’s just say that they bend less than tempered steel.

And that is okay.

Everyone has right to run their business as they see fit, as long as it is legal.

The power behind their lack of willingness to change is that they have enough members and customers that pay the bills.

The people have the power. People also have the ability to play somewhere else if they don’t like how a course is managed.

One of the best things about participating in #Golfchat is reading (in 140 or fewer characters) all the different views and ideas that people have about the game of golf.

There  are a lot of people that want to see changes in golf courses. Some of these changes include:

Those are the ones that come to mind. As much as I enjoy listening to all the ideas people have, I don’t want any of those changes to occur.

I like the way my home course handles its members and public players. Could I do with a few changes?

But the changes I want to see aren’t that important to me that I would considering playing elsewhere. Or even go to such drastic measures such as quitting altogether.

The Power Lies in Revenue

For those of you that want to see a change in the golf industry, it is up to you to find enough like-minded people that can generate the revenue to either entice a current owner to change their business model.

However, I believe you may be hard pressed to find a course owner who will change policies, if that change upsets the current membership.

You will need proof of increased revenue or find a course owner that is on the brink of bankruptcy and is willing to roll the dice on new ideas. 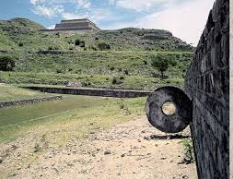 As far as I know, there hasn’t been a sport that died, with maybe the exception of Ullamaliztli, but that is what happens when the losers are executed.

So, I doubt golf will die or go extinct.

At least not until the losers of the $5 Nassau are put to death.

Like water, golf will find its level. Golf courses, club manufacturers, clothing companies, and other services that cater to golf will adapt or go extinct.

Those that adapt will continue to add genes of ancient golf to the new gene pool so golf will still resemble golf as we now know it.

Golf is a business, and as long as there is a need, it will be around. Golf courses that don’t adapt to the changing marketplace will be forced to close.

When there is enough demand for six-hole loops, members want to wear jogger pants, gym shorts, and wife-beaters, have music playing from tee markers, and have 10-inch diameter holes, or kick a ball around the course, new courses will open to cater to the demand.

Golf might have to undergo a near extinction event for these changes to take place.

As a palaeontologist, one of the theories I believe in is Punctuated Equilibrium. The theory is based on the observation that species don’t change much over time if a large gene pool exists. Evolution only occurs when a species is isolated, and conditions undergo a drastic change. The isolation, a small gene pool, and a changing environment will cause species to evolve.

Maybe it will take such an event for golf and golf courses to evolve into something much different than it is now.

Golf isn’t to that point yet.

That is a lot of people.

Saying that golf is dying is a short-sighted, knee-jerk reaction to a decline in the number of current golfers and course closures that has occurred after a growth spurt.

Changing economic and generational demographics will inevitably cause golf to change from what it was during the early 2000’s. But hasn’t golf changed almost every decade since the 1940’s? 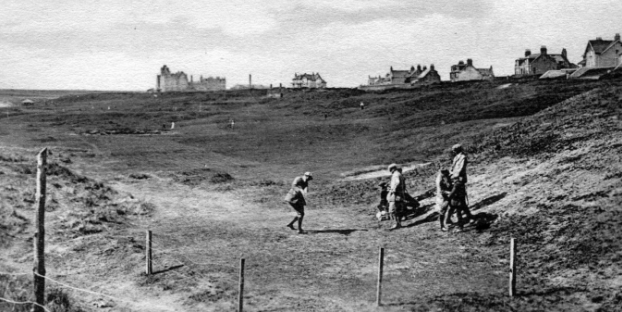 Golf has been evolving since the first man or women used a stick to hit a rock into a burrow. The equipment has changed, the landscape has changed, clothes have changed, every aspect has changed.

But let’s face it, hitting an object with a stick and seeing it fly high and far is fun. That will never die. 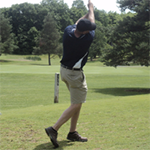