I’ve spent my entire adult life (all of it that I can remember, anyway), wanting to be Ernie Els (on the golf course, at least). I’ve always loved, and wanted to imitate, his swing. He is tall (like me), has an easy swing (just like I do… in my head), and seems to move effortlessly around the golf course (I could do this very well, myself… as a caddie).

The Big Easy was my model swing and I embraced it with everything I had, with some success, but ultimately, even more “failure.” At one time I had a (temporary) handicap as low as 4.3, which isn’t world-beating, but for me it was very good. I’ve not put too much time into the game since then and, not coincidently, I’ve never had a handicap in that neighborhood again either (currently sitting around an estimated 15). But I’ve played enough golf that I should be getting better… and I’m not.

From time to time people would suggest other swings to mimic. Some silly people, in the midst of Tiger-mania, even suggested adopting a more Woods’ian cut, but I never had any real interest. I was myopically focused on being Ernie Els. Until a few weeks ago, that is, when I was watching some videos of a professional golfer I had recently started following on Twitter and realized I’ve been doing this all wrong. This was the swing I needed to emulate.

Not because I liked how it looked, not because I wanted to be like that particular golfer, but because it really was something I could probably emulate, and it complimented my actual game. So I watched a few more (and then a lot more) of her videos.

Oh, did I forget to mention it was a woman? Cause, it was.

I guess (based on some comments I have heard) that I, as a man, should not be patterning my swing after a woman. However, based on what I’ve seen, and the testing I’ve done so far, I can’t imagine why. With the few adjustments I’ve picked up from studying her swing, I’ve dramatically improved the loft of my ball, the directional control of my shot, and my distance off the tee… all while swinging easier(!) than my version of the Big Easy swing.

My scores haven’t improved much because 1. I’ve only tried it over 27 total holes to date, so my consistency… well.. isn’t, and 2. The newness of the club and ball position on setup has resulted in some *very* bad shots along the way. They have been few and far between… but… a horribly topped 6 foot tee or fairway shot can really adversely affect your score in a hurry (especially when it goes six feet.. into water).

However, despite the self-inflicted wounds, my greens-in-regulation percentage is up roughly 17% (again, small sample size, we’ll see how this holds up over the next couple of months). My putts are up as well, because I’m not chipping up close from around the green and putting in from there, but, rather, hitting the green in regulation and often having much longer first putts to convert. I’m hitting into greens from 50 yards closer, allowing me to take shots with more lofted clubs, and subsequently actually holding the greens I do hit. And I’m actually hitting my woods with some consistency, after years of avoiding them altogether.

But I digress, the point I wanted to make here was that, despite spending my whole golf life doing what everyone does, to wit: finding someone like myself that excels at what I want to do well and emulating them, I stepped out of that box. I also stepped out of the “gender norms” box and simply found a swing I thought would really work for me… regardless of how (colossally) different I looked (and, really, was) from the person I was patterning myself after.

I play a lot of basketball (a *LOT* of basketball). For years anyone silly enough to entertain me in conversation has heard my opinion that the best fundamental basketball being played right now is the college women’s game. So, it’s not a big leap for me to acknowledge I can learn as much from a woman as a man… but for whatever reason, I had never let that permeate into my life as a golfer… until now. But I’m here to tell you that if “hitting balls like a girl” lowers my handicap by some significant margin… well then sign me up.

While my golf has been the big immediate beneficiary of this personal “growth spurt,” I’d hasten to add that it is a good reminder for me in every aspect of my life. Gender (or race, or any other) norms/lines are, for the most part, artificial constructs. What I needed to do was “hit the ball like someone better than me”… the girl part was (is) completely irrelevant. I need to make a better effort to remember that – all day, every day – and pick my role models from the “best of the best” not “the best of the demographic” to which I am “supposed to” adhere.

So, I’m sorry Ernie, but our relationship is now over (it’s not you… it’s me). I still love your swing, but it’s time for me to move ahead and be the best I can be, and to do that, well, I’ve got to swing like her. 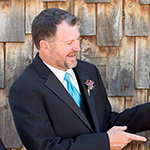