WAGs (wives and girlfriends) are the significant others of men in the limelight. The abbreviation is used regularly in articles and photo galleries.

Don’t get me wrong – many of the women married to pro athletes are GORGEOUS. I mean, drop-dead, smoke show, insanely beautiful women. Even other women can appreciate the beauty of these ladies.

What other women CAN’T appreciate is the one-sided objectification of these girls.

Sports journalists get paid to write articles and compile photo albums of these women with the explicit intent of showing off how hot they are. Take this article for example. Or this one. Or this one. Or the MANY, many more you can find with a quick Google search. Just a tip: don’t read the accompanying text unless you want to throw up in your mouth a little.

But I’m not about to get all feminist and rant-y on you because I think women shouldn’t be objectified. Honestly, I imagine some of these girls are flattered by their inclusion in these articles and everyone can use an ego boost now and again. They’re beautiful, and they deserve to be told that as often as possible.

(Note: I do think that we would do well to mention more about these ladies – their job, their history, what they do to contribute to society. They aren’t just arm candy, and sexy women are far sexier when they’re smart. Taking it from objectification to pure appreciation would benefit all parties.)

However. There are no female journalists making money writing articles about Rory’s abs or Jordan’s ass. There are no galleries of LPGA husbands and boyfriends, and even the LPGA players are in bikinis and revealing dresses in most of their off-course photo shoots.

For example, search Lexi Thompson. You get this: 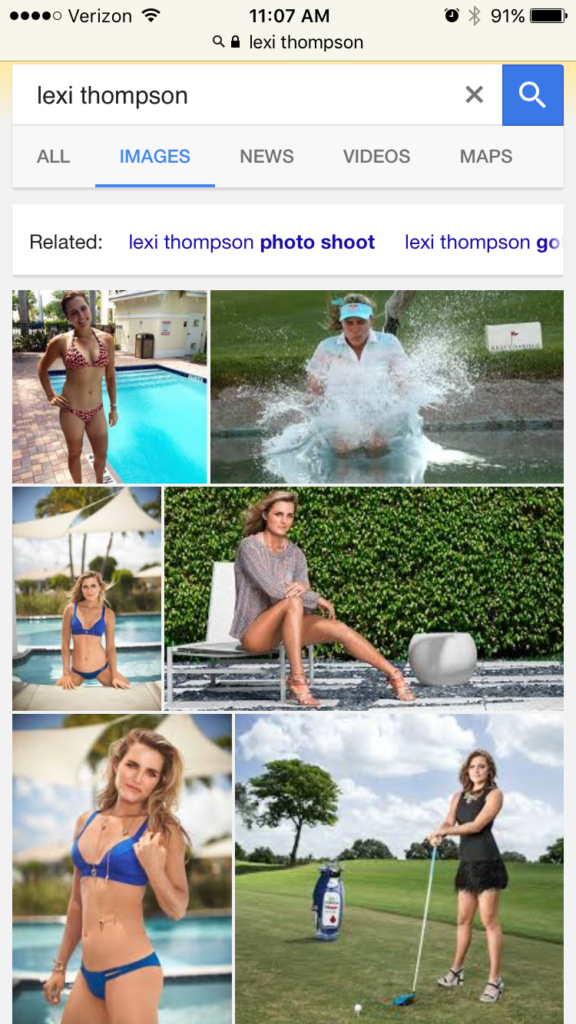 Go one page farther and you get more bikini shots and a photo of her bending over. 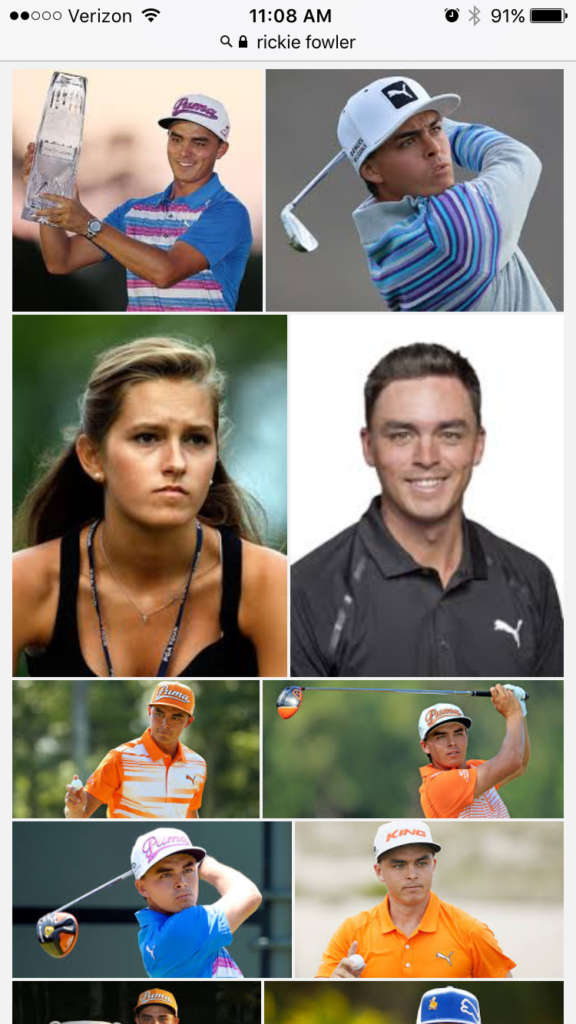 You get a fully clothed man and a picture of his (wait for it) pretty ex-girlfriend.

Much of this is the audience: men want to see pretty women, and men are the chief consumers of all things golf. But these men are the same people lamenting that younger generations aren’t into the sport, and neither are women.

But here’s the thing – both of those demographics COULD be into the sport if they switched up the marketing. The younger generations are a much more complex issue; one I’ll save for another blog. But women…

Sure, men want to see sexy women. But women are looking for the same thing in the reverse. Speaking as someone in the marketing industry, the default theory that “sex sells” is not only true, it’s a cash cow for many of the most successful businesses out there.

I’m not advocating the objectification of ANYONE. These men are talented athletes that deserve the attention they get for their skill and devotion to the game. But if a person chooses to pose for a photo, they’re consenting to other people looking at them. If someone, say…Rory McIlroy, were to pose for photos like these: 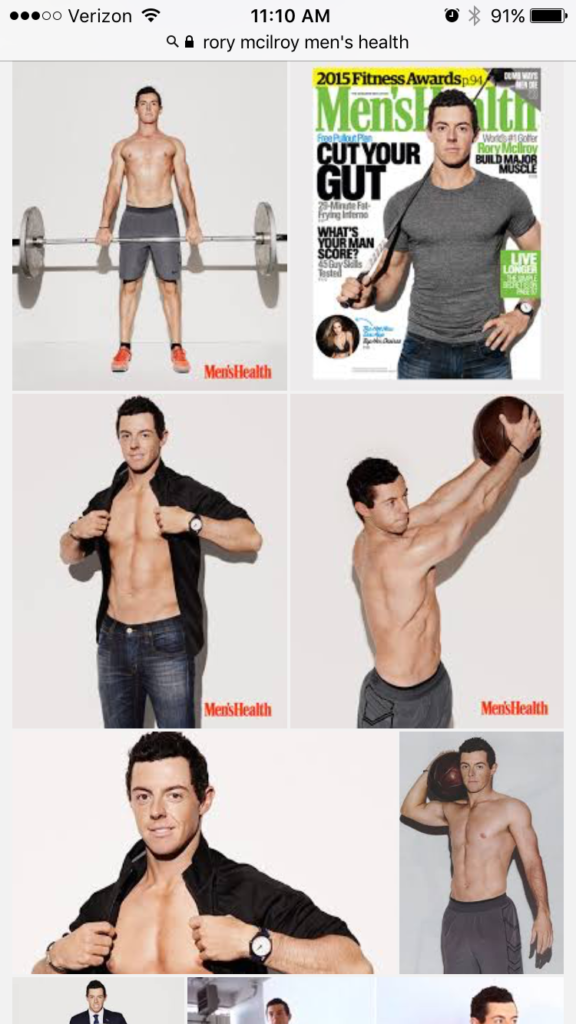 …then why shouldn’t they be marketed to women? This shirtless Adonis has made his rounds on the cover of Golf Digest (which markets to an audience of men) and Men’s Health. MEN’S Health. HE TOOK HIS SHIRT OFF FOR DUDES.

I don’t care who you are or what personal preferences you hold, but I know for a fact that most of the men who saw these photos weren’t looking at him for the sex appeal. They used these photos to illustrate Rory’s physical fitness and to accompany an article about his gym routine. That’s all fine and good, but in the same way that Lexi Thompson’s great body attracts men to watch the LPGA, Rory McIlroy’s abs can hit that same part of the brain for women.

Think about it: Magic Mike. Christian Grey. Any other leading man. Ever.

Sex sells, and many of these men are sexy. So instead of following their wives and girlfriends around with a camera, why aren’t we putting them on the cover of more magazines or taking photos of them next to the pool, a la Lexi?

You want women to watch golf? There are a lot of changes to be made, but it wouldn’t hurt to start by putting the men in front of them. In a perfect world, we wouldn’t objectify anyone. But in the world we live in, if the men can dish it, they can take it as well.